The Unlikeliest Of Friends

We all know that dogs are man’s best friend, but with International Friendship Day on the 30th July, let’s take a look at some cute, but unlikely friendships between dogs and other animals.

Beth the dog and some not-so-fierce lions 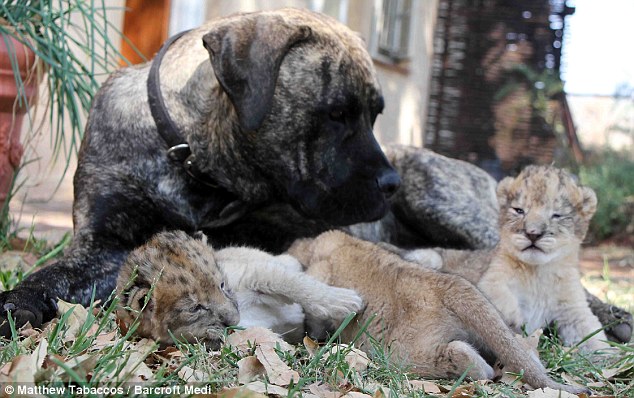 Beth is a Mastiff and Rhodesian ridgeback mix who grew up in South Africa. This is where she became friends with the many lions that lived on the same private reserve as her.

Beth is known to befriend the cubs that are brought into the reserve and often serves as their surrogate, providing a loving motherly figure to the babies.

Mischka and Jerry have a towering friendship

Mischka the Bernese mountain dog dwarfs Jerry the ferret but their friendship is still thriving. Jerry found Mischka whilst out on a walk with his owner, and after sniffing Mischka out they decided to start a blossoming friendship.

Jerry and Mischka often hang out, as their mothers arrange days for the pair, where they can spend time enjoying each other’s company and playing together. Bubbles is an African elephant that was rescued in Africa following the death of her parents. Whilst a contractor was hired to build a swimming pool for Bubbles, he left Bella, the Labrador puppy behind.

The pool that was built for Bubbles is now shared with Bella, as the two enjoy playing together, with Bubbles often teasing her by playing fetch with a tennis ball.

Today, Bubbles and Bella are often seen together hanging out, with Bella having the confidence to perch on the elephant’s leg. 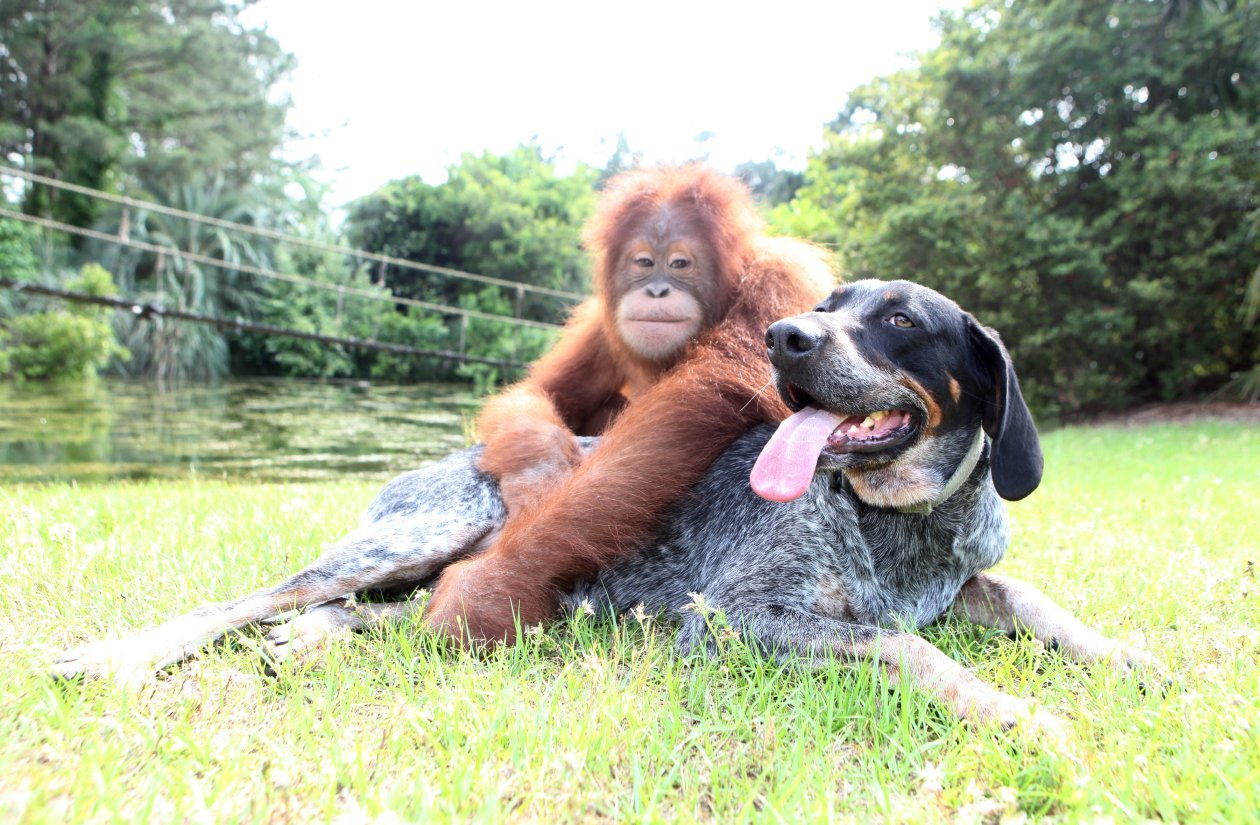 Roscoe the dog chose to be friends with Suryia by following her home to her sanctuary for endangered animals. Roscoe was taken in by staff at the sanctuary, as she had nowhere else to go. The two of them have been inseparable ever since, and often play and spend time together around the sanctuary.

With International Friendship Day just around the corner, it’s important to remember that even dogs find themselves being friends with the unlikeliest of animals – more unlikely than humans even!

We're not around right now. But you can send us an email and we'll get back to you, asap.

Choosing A Child-Friendly Dog As A PetFriends, News, Tips & Advice
This site uses cookies: We use cookies, just to track visits to our website and improve your experience, we store no personal details Find out more.